State Unemployment Insurance and its Impact on Employers

Jobless claims are nothing new for employers large and small. Especially in the turbulent Great Recession years, and, particularly between 2008 and 2010, the unemployment rate skyrocketed in many parts of the country and created a demand for unemployment insurance support. The stalled economy created a surplus of unemployed and underemployed individuals as well as many reluctant and overtly cautious employers who hesitated to make job offers due to the instability and uncertainty of the economy at that time.

The basic Extended Benefits program provides up to thirteen additional weeks of unemployment benefits when a state experiences high unemployment. During the Great Recession, some states enacted a voluntary program which paid up to seven additional weeks of benefits, for a total of twenty weeks of Extended Benefits. Additionally, the Emergency Unemployment Compensation (EUC) program may provide up to another fifty-three weeks of benefits. These programs were a necessity during this period of extremely high unemployment as they provided extra financial cushioning for those individuals whose severance pay and or savings may have already been exhausted or compromised during an extensive period of unemployment or underemployment.

Unemployed workers who receive unemployment benefits have a definitive timeline impacting the following:

The latter two may negatively impact the individual’s retirement nest egg as it is unpredictable whether that individual will ever be able to recoup the money that was withdrawn, or catch up to his or her previously set savings goals in order to prepare for retirement.

Employers face a different set of factors that create financial hurdles. In a time of limited financial mobility, employers must use extreme caution in hiring practices, ensuring and justifying that a position truly needs to be filled, as well as considering the worst case scenario: that the candidate ultimately is not a good match for the organization and he or she collects unemployment benefits. Employers must also concern themselves with former employees who have moved on to other jobs; if these individuals are laid off, they potentially could collect state unemployment benefits against both the most recent employer as well as the prior employer, depending on the duration of employment with each respective organization as well as the timeframe in which the individual applied for unemployment insurance benefits.

No employer can foresee the future as far as an employee’s long term fit with an organization or the economic climate as it pertains to individual industries. Employers, can, however alleviate some of the “sticker shock” associated with burgeoning unemployment insurance tax brackets by utilizing tried and proven hiring practices. Ensuring that a selected candidate has met or exceeded the following will assist an organization in its hiring practices:

Utilizing consistent practices in hiring will help alleviate mismatched hires that are not a good fit for the role and/or with the organization.

Hiring and recruitment are a high expense category for employers, but taking the time to be thoughtful and consistent in ensuring that best practices are implemented into an organization’s hiring processes will be an investment into the organization’s future. This may also help decrease in high turnover, and, in turn, prevent a severe increase in the employer’s SUI rates.

By HR Pros of the HR Support Center (October 2013) 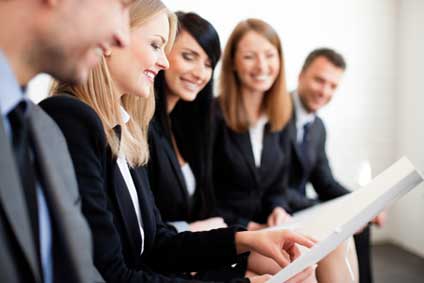